In this post I want to help OCaml newcomers to install Batteries. The task is trivial under Linux, while it's a bit tricky under Windows, because OCaml still lacks a self-contained Windows installer.

My assumption is that the reader is a coder, so I will not explain everything… Let's start with the easy part: Linux.

The installation of OCaml + Batteries under a Debian/Ubuntu system couldn't be easier, thanks the the hard work of the Debian OCaml Task Force. So open a terminal and type:

That's all for Debian/Ubuntu. I don't know how Fedora works, but I think it's easy to install Batteries using YUM, something like:

If a RPM package for Batteries wasn't available, you could still install OCaml, Camomile (the Unicode library), and compile Batteries from sources, as described below for the Windows OS.

As said, this OS still lacks a self contained installer which is in progress, at least for installing OCaml. Since many OCaml versions are available for Windows, with different pros and cons, I had to decide which one to use, and I decided to follow the simplest path to reach the goal of installing all the stuff we need. The Cygwin port is by far the simplest way.

Before starting to play with the library and the toplevel (the OCaml REPL is called toplevel) let's put into action a couple of helpers.

If everything went well you can now type ocaml and something like this should appear:

This (rather boring) post has been devoted to the installation details of Batteries under Windows, where it presents some difficulties for newbies. Next time we will start on exploring the library with simple examples to exploit its strength.

OCaml is known to be a powerful functional programming language, but one of its presumed weakness is a relatively poor standard library.

By accident, I'm one of the few people on the planet considering this very clean and virtually bug free library a feature and not a bug, but this is only an opinion.

The standard library contains everything you need to build applications and other libraries, but it's essential, forget something like the Python standard library and things like “sending an email in one line of code”. Instead, think of the C standard library (plus some important data structures missing in the libc).

More than two years ago the OCaml community decided to start the development of a library containing all the conveniences that are missing in the standard library. The project is OCaml Batteries Included and I'd like to introduce the reader with a series of posts, aimed to cast a light on various aspects of the library, without pretending to be an exhaustive tutorial.

The posts will be targeted at novice OCaml programmers because I think that an experienced OCaml hacker already uses "Batteries" or, in any case, he understand the library API and doesn't need help from this blog.

Before starting with the (boring) installation details, I want to give you a taste of Batteries, to show how a simple task could be written in a more natural way using Batteries modules, in comparison with a vanilla implementation. Let's take this simple task: we want to read a file by lines and print on the terminal only those lines containing a particular substring.

A simple and actually working solution is proposed by the PLEAC-Objective CAML project, it's the very first example of the file access section. Here is the proposed code:

The result is the same, but the code is much cleaner and far more idiomatic for a functional language.

Next time we will see how to install OCaml and Batteries, under Linux of course, but hopefully even under Windows. 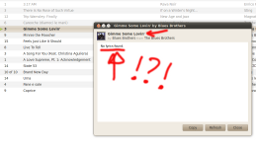 How is it possible not to find the lyrics of “Gimme Some Lovin'” of the Blues Brothers?

Playing with the Google Buzz API I accidentally deleted all of my posts.

Do you remember the old article from Paul Graham about the comparison between Python and Java? It's entitled “Beating the averages” and despite the fact that it was written in 2003, it's still relevant.

Why? Try this, and you will be enlightened.

Thanks to Birdack for this link! 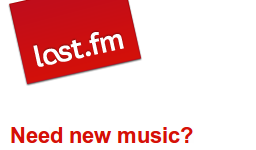 Some days ago Last.fm announced huge changes in the availability of thematic radios, in particular the cancellation of the “favorites” radio and the personal tag radio. At the end of this post you can find a copy of the original announce.

Licensing music is a complex and labour intensive process. By discontinuing a few stations, we're able to focus our energy on improving our most popular features, developing new and innovative stations, and offering the best music discovery service to our global audience.

Is managing the licenses so complex? And what happened to the money I pay for the service and the licenses?

The overall result is that I can not listen to “Jazz” or “Pop” radios anymore and, obviously, I will not renew my subscription.